FORM & SPACE: the equilibrium of forces in landscape

Graham Collier’s intended message in Form, Space & Vision, (published by Prentice-Hall, Inc., Englewood Cliffs, NJ, 1963), is that art is concerned with clarifying particular aspects of our world, aspects perceived through those intellectual and intuitive processes that trigger the act of drawing.

These reciprocal pressures between form and space, as seen in Cézanne’s landscape paintings, reveal a universe of energy and matter held in a state of dynamic stability.

How do we perceive space?  An awareness of space occurs only because we are aware of form.  If there were no form to touch or to see as substantial shape, then how would we be aware of nothingness, or non-shape…or space?  So we start by thinking of form as non-space and of space as non-form.

Groups of black marks are separated by varied regions of space, and the more these marks converge, the more the space is compressed.  If the marks come completely together, they lose their individual identity and merge into a conglomerate form.  Where there was space, there is now form.  In such a merging of these marks—a movement of the marks—a force must act on the marks and against space.  And when this new conglomerate form is complete, it continues to exist because it continues to exert a force or pressure against space.  Were it not to do so, the form would disintegrate, because space, pushing back against it, would meet not resistance.  This system of reciprocal pressure between form and space is explained by Newton’s Third Law which states, “That for every action there is an equal and opposite reaction.”  Thus we have a pattern of pressure systems, of forces compressing space to produce form, of form continuing to exert pressure on space to counteract the equal and opposite reacting pressure space exerts on it—in short, it is an interplay of pressure between space and form.  It is by such interplay of pressures that the jet aircraft gains its momentum.  The burning gases forced out at the rear of the jet exert tremendous pressure on space; it is the reacting thrust of space to this pressure that rams the aircraft forward.  This reacting pressure is the force that moves the aircraft in space.

Claustrophobia is a human reaction to strong pressure patterns operating in a restricted region.  As forms continue to be introduced into a region, the pressures that build up between form and space become more and more complex.

In Cézanne, one is not aware of the opposition between form and space; in almost all of his painting he manages to achieve stability, a harmony of pressure that conveys a feeling of permanence.  It is achieved by his developing a structural design for his picture that both reveals and stabilizes the hidden pressures of form and space.  Cézanne simplifies the natural form to a shape that suggests the pressure force of the form.  Similarly, space is not treated as mere emptiness, but it becomes a shape suggesting the pressure force of that particular region as it opposes forms in the vicinity.  The painting that results is a visual statement of Newton’s Third Law.  It is Cézanne’s way of creating a visible order in landscape; he reveals the invisible reality of pressure forces that lie behind the phenomena of form and space, the reality of how the world is, as explained by physical science.

Select some small and intimate corner of a landscape that has positive character and distinct features with which one can come to grips, rather than a wide spreading vista.

Using any drawing medium, draw just what you see with as much expression as you can.  The sketch should be about 30cm x 23cm.  When it is finished, keep it easily accessible, for you will be working from it for the other two drawings.

The second drawing is to be of the same landscape; but rather than concentrating on the immediate appearance of the view, try to reduce the forms in the landscape to a shape that suggests their pressure against space.  The drawing will be one of suggested pressure forces of forms.  It is better to start by working outdoors, to see, feel and intuitively grasp for yourself the pressure of the landscape forms against space.  Do this by making many small drawings of forms or parts of forms.  In these drawings, try to reduce the form to a shape that suggests how and where it exerts its dominant thrust against space.  This will vary between the extremes of a point thrust, and a swelling pressure thrust spread over an area.  Centripetal thrusts will not be so common, as this force operates more usually in space (air currents) than in form.  But we will not attempt a similar reduction of space to pressure-shaped regions in this experiment, although this could be a further development of a fourth and more complex drawing.

Pressure-form shape
From Space IV, we learned that lines of force were used to represent the forces operating between objects.  These lines suggested the directions of the forces that brought the objects to their present position or the pressure forces between the parts of a single object.  In this experiment, we are not concerned with movement, but with the thrust against space exerted by an object from one position, the position in which we perceive the object.  Consequently, we need not a line of force, but an area of force that can be called a “pressure-force shape.”  It must have area, mass or volume, and reveal whether the source is plane or curved, regular or irregular.  Obviously, there will be suggestions in such a figure of point thrusts or swelling pressure thrusts, but they must be a part of, and subordinate to, the whole figure.  The pressure-force shape is an abstraction from the natural form, to symbolize how, and in which direction, the form exerts its dominant thrusts into and against space.

From your previous landscape subject, redraw the landscape, again about 30cm x 20cm (12” x 9”), and simplify all the forms to pressure-force shapes.

The third drawing concerns the dynamic relationships existing in space between all the forms in the region.  In a study of the first drawing, we examine the inclining relationship of objects, either toward each other, away from each other, grounded by gravitational pull, or moving up into the sky, and try to discover what type of force brought the objects to their present position.  The three types of force previously described in Space IV are:

1.  The point thrust moving in a straight line; think of the vertical growth of a tree or plant, or the downward pull of gravity.

2.  The centripetal thrust uncoiling itself from a central impetus like a spring; think of currents in air or water.

3.  The pressure thrust of force distributed over a large surface area; think of the wind, of tidewater, of the scooping force of glacier movement, or the swelling growth of a watermelon.

Pressure is a force, suggesting an opposition to movement.  When you blow up a balloon, you oppose the air pressure; when you place a book on a table, you oppose the pull of gravity; in both cases, you have the action of a force against an opposing force.  Consequently, the movement is comparatively limited, or you have a stationary situation.  What are the dynamic forces of your first landscape drawing?  What forces have disposed these forms?  You will be able to distinguish between growth forces, gravity forces, or elemental forces (wind, water).  Each of these may operate via the point thrust, the centripetal thrust, or the pressure thrust.

Using the linear symbols for these forces, make a ‘force movement’ drawing expressing the dynamic factors responsible for the disposition of forms of your first landscape drawing.  This will mean creating a spatial design representing the forces that have acted, and are still acting, on the forms in the landscape.  The point thrust symbol could represent the growth force of a tree or a blade of grass.  The forms themselves need not appear in such a drawing.

Conclusions:  this section combines two concepts:  that of strong forces that produce movement and of forces in opposition that produce pressure.  Both play an important part in the dynamics of art and design.

1.  The derivation of the abstract form
As the artist probes beyond the appearance of things, other aspects of reality impinge on his awareness.  In this study of space and form, we have been concerned with the invisible rather than the visible.  In so doing, we have used signs and symbols which attempt to describe the forces that lie behind the world of appearances.  Form is thus reduced to a symbol, and space is rendered meaningful by signs.  The result is an abstract or nonrepresentational design.  It is important to realize that these new abstract forms now constitute powerful visual images in their own right; they can even be used and developed without further recourse to the object.  The artist is free to invent, from his own imaginative resources, new shapes of symbolic and emotive power, and the object is no longer the first stimulus.

2.  Forces of pressure
The relationship of form to space, and space to form, can be perceived as a system of reciprocal pressure patterns.  These patterns provide one ingredient of the dynamic in art and are the basis of the work for the second landscape drawing, an aspect of the invisible reality behind the scenes.

3.  Forces of movement provide a second ingredient of the dynamic in art and govern the compositional elements in design.  As we perceive the positions of the forms in the landscape before us, we realize that their arrangement is due to the action of forces moving through space—point thrust, pressure thrust or centripetal—have created compartments, or defined regions of space.  Notice the movement between these compartments.  The space immediately inside the frame becomes part of the space of the inner rectangle, via the thrust of the heavy black line.  No region can escape the forces at work.  Even space outside the frame is part of the picture.  One can imagine how objects within these regions would be affected, although the objects themselves do not appear in the drawing.  The artist sharpens our awareness of space by revealing forces, rather than forms.

4.  Possibilities of development
Drawings are shorthand notes that may be developed into paintings or used for ideas in design and research problems.  They are also one introduction to abstract art.  These become meaningful if you develop a spirit of inquiry, a heightened awareness of the possible causes of physical phenomena, and an imaginative ability to express your attitude and understanding.

[the next lesson here.] 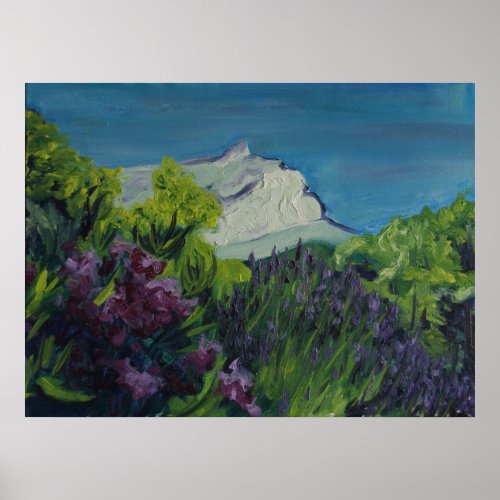