What do the venerable Saint Marcel, the 17th of January, and tripe have in common? Barjols, of course!

Provence web tantalizes our curiousity with this English translation, “Come and follow the procession of the bust of St Marcel and take part in the unusual Tripe dance when all the crowd jump along the road. Farandoles, folklore, village dance, mass... this is a true provençal festival to the sound of fifes and tambourines and the "Grande Marcel" (cow sacrifice) every 4th year.”

Did they mention the blunderbusters?  No?  They really should.  You’d be wise to bring ear protection.  It’s quite a party.

What strange affair could this portend?  Try describing this in words

Frankly, this festival defies description, but the history is worth knowing.

Each 17 january, Barjols celebrates their patron saint, Saint Marcel, and although there is no longer fasting, there remains a great party every 4th year.  On that Sunday, the people of Barjols commemorate the arrival of the reliquary for the saint who protects the village.

Saint Marcel came from Die, and returned to Rome, dying at the monastery of Saint Maurice, near Montmeyan, at the beginning of the 6th century.  He was buried, venerated, and performed a number of miracles.  Little by little, the chapel was neglected and fell into ruin, at which point St Marcel appeared in the garden and demanded that his body be transported to the place he determined.  Barjols and Aups were prospering, but due to rivalries, the triubunal of Bringnoles decided that the body would be placed in the nearest church school!  This needed consideration.  The local tavern crowd, nicknamed ‹‹les avocats››, the lawyers, counseled the Barjolais to take possession of the relics immediately.  So, they did.  On the 17 January, 1350, the people of Barjols rertrieved the body of St Marcel.  At the entrance to the village, the group encountered the women who where washing their beef tripe in memory of this method of salvation from starvation during a siege.  A procession formed, and the women carried their basket of offal into the church, blending the profane and sacred, with the refrain, ‹‹ Sant Marcèu Sant Marcèu leis tripetos vendran lèu.›› (Saint Marcel, Saint Marcel, the tripes brought you back here.)

Since then, we celebrate Saint Marcel, and every four years, we kill a bull.  The prize animal is promenaded around the village, blessed by the clergy, and just before he goes off to the butcher, he is taken to the Place de la Rouguière for his final drink from the Beef Fountain.  It’s important that he drinks copiously, because this signifies abundance for the village!

This is my translation of the text written by Mme Roseline Castellin’s CE2 class (USA 3rd grade) of Barjols, 2008.

And a photo slideshow 2009—get a load of the size of that beef!

And here’s the schedule

Barjols is located in the Var, north on the D560 from St Maximin-la-St-Baume 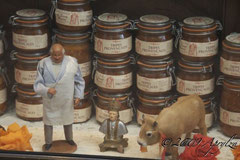 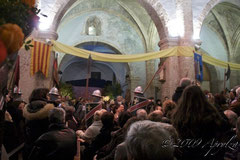 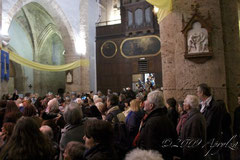 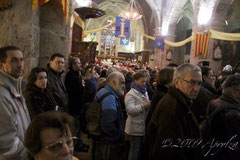 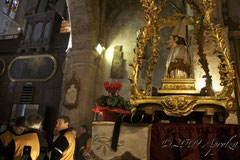 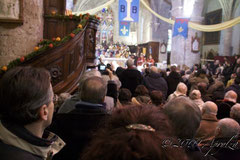 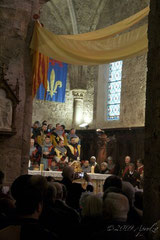 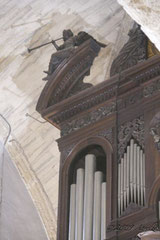 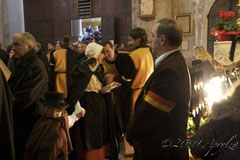 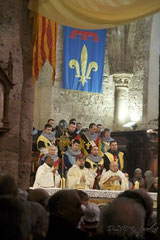 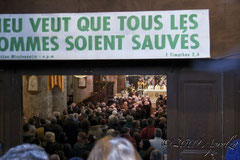 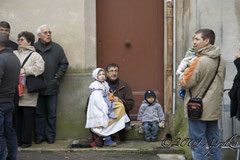 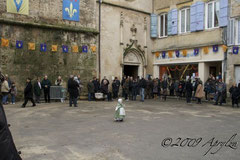 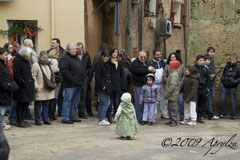 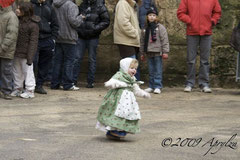 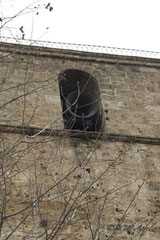 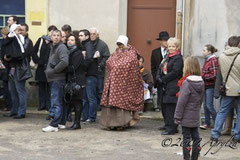 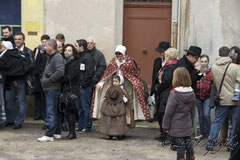