What if Writing is my Painting? The Mystery of Mastery

I have to admit that I really struggled with this Robert Henri The Spirit of Art lesson since Friday.  Well, you can see by the previous portraits that I struggled before Friday, too, but I had to come to the realization that my training isn’t sufficient to progress without an experienced guide.  As with any practice in mastery, there’s only so far you can go leaning on your own understanding.  Drawing teaches us how to translate what we see in order to share our vision, practice improves the communication, experience refines it, and at some point, we’re ready to go further than what our world can provide.  This is true for painting, photography, and every single personal skill you might attempt.  We’re not meant to go it alone!

Something else I discovered, through transposing years of accumulated journals (I fill them in about 6 weeks), is that I put a lot more practice into writing than drawing.  I need to pay attention to that.  And when people comment on what they see when they peek over my shoulder, I get a lot more compliments about my writing than my drawing.  Maybe I should be paying attention to that, too.  And referring back to Henri’s previous paragraph, if writing is my painting, then I can easily discern ‘four or five masses’ within those pages. 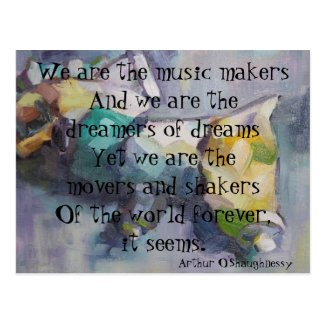 Paint over and over, scrape and recommence in your effort to find out and establish the beauty of color and design possible in the larger masses.  When you scrape, do it like a good mechanic.  Paint thin over proper light surfaces, but paint either thin or thick to get your desired effect.  Permit no hurrying on to the lesser masses before all has been done that is possible with the larger masses.

Thanks to Natalie Holmyard’s generous sharing of the Strategic Life Journal, I’m developing a notebook of the ‘masses’ of my exploration.  This is the place where I can establish the boundaries of my ‘kingdom’—the parts of my world in which I claim responsibility.  Each section represents an aspect of God’s purpose for my life.  What do I rule?  Starting with my life and my body, and radiating out to my family and its members, to our friends and alliances, and into our civic associations, I have a specific location to keep account of my world.  Chaos doesn’t suit strategic progress.

As I ‘paint over and over, scrape and recommence’ through what I’ve gleaned in my days, those individual parts are beginning to take on beautiful shape and form.  By identifying the fractions, I’m finally seeing the whole.  In their separate sections, the needs are more specific and clear.  These painting metaphors are so applicable to the creative life!

Determine to get in these larger masses all that is possible of completion, all the drawing, color, design, character, construction, effect.  Remember that the greatest beauty can be expressed through these masses that the distinction of the whole canvas depends on them.

No feature should be started until you have fully comprehended its character and have established in your mind the manner of its full accomplishment.  To stop in the process of drawing the lines of a feature to inquire ‘what next’ is surely to leave a record of disconnection.

No feature should be drawn except in its relation to the others.  There is a dominating movement through all the features.  There is sequence in their relationship.  There is sequence in the leading lines of the features with the movements of the body.  This spirit of related movement is very important in the drawing or painting of hair.  Hair is beautiful in itself, this would not be forgotten, but it is the last position of importance it takes in the make-up of a portrait.  The hair must draw the grace and dignity—perhaps the brains—of the head.  The lights on the hair must be used to stress the construction, to vitalize, accentuate and continue movement.  The outline of the hair over the face must be used as a principal agent for the drawing of the forms of the forehead and temples, and must at the same time partake of the general movement of the shoulders and of the whole body.  The hair is to be used as a great drawing medium.  It is to be rendered according to its nature, but it is not to be copied.  Think well on this; it is very important.

The eyebrows are hair in the last instance.  To a good draughtsman they are primarily powerful evidences of the muscular actions of the forehead, which muscular actions are manifestations of the sitter’s state of being.  The muscles respond instantly to such obvious sensations as surprise, horror, pain, mirth, inquiry, etc., and the actions of the muscles are most defined in their effect on that strongly marked line of hair, the eyebrow.  However subtle the emotion, the eyebrow by its definiteness marks the response in the muscular movement.

In certain heads, the eyebrow, while normal, still holds a very positive gesture.  There are those, therefore, who carry in repose and expression of sadness, boredom, surprise, dignity, and some accentuate the force or direction in the action of looking.  To a good draughtsman the eyebrow is a living thing.  It develops a habit that it expresses in repose and it flashes intelligence of every changing emotion.  It draws the shape of the lower forehead and temples—the squareness, curve and bulk.  After all that, it is a series of small hairs growing out of the skin.

The eyebrow must not be drawn hesitatingly.  It must be conceived as a whole; you conception, your brush, the quantity of paint in right fluidity must be all ready before you touch the canvas.

By the springin the drawing of the eyelash the quick action of the eye may be suggested.  The upper eyelid and lash generally cast a shadow scarcely observed yet very effective on the eyeball.  The white of the eye is more often the same color as the flesh about it than the average painter is likely to think it to be.  The pupil is larger in quiet light, becoming very small by contraction when looking into brilliant light.  The highlight in the pupil is a matter of drawing although best done with one quick touch.  Its direction, shape, edges, and its contrast in color and value to the pupil give shape, curve, brilliancy or mark the contrary.  The right brush, the right paint, a perfect control of the hand are necessary for this.  For some, a maulstick to steady is of great value here.  (There is a time and place for all things; the difficulty is to use them only in their proper time and places.)

The lines and forms in the clothes should be used to draw the body in its sensitive relationship with the head.  The wrinkles and forms of the clothes are building material not for tailoring in your hands but for established basic lines rising to the head.  There is an orchestration throughout the whole canvas.  Nothing is for itself, but each thing partaking of the other is living its greatest possibility, is surpassing itself with vitality and meaning and is part of the making of a great unity.  So with the works of the great masters.

Don’t miss that: Nothing is for itself, but each thing partaking of the other is living its greatest possibility, is surpassing itself with vitality and meaning and is part of the making of a great unity.  I believe this is WHY those masters were great: because they were capable of masterfully combining the parts into a stunning whole!

Now it’s your turn.  Can you identify the vital masses of your life?  How are you strategically implementing your experience for life mastery?