Once Upon a Town 24: Elizabeth (RUPP) & Joseph STONEY

Joseph B Stoney Who Saw Service At Petersburg, Va, Dies At Age of 93 At His West Jackson Street Residence

Joseph B Stoney, who served as a water carrier as a boy during the Civil war at Petersburg, Va, died at 3:30 pm yesterday at his residence, 239 West Jackson street.  Death was due to a complication of diseases, following an illness of several weeks.  He was 93 years of age.  His wife, Mrs Elizabeth Rupp Stoney, is the only survivor.

Mr Stoney, who was born at Camden, NJ, had served as a watchman at the Schmidt and Ault Paper company for 30 years, having retired nine years ago.  he was a member of the Spring Garden council, No 70, Sons and Daughters of Liberty, Philadelphia, and belonged to the Men’s Bible class of the Sunday school taught by the pastor, Rev Adam C Ruth.  He had resided in York for over 50 years.

Funeral services will be conducted Monday at 1:30 pm from the residence.  Rev Adam C Ruth, pastor of Christ Evangelical church, will officiate.  Interment will be made in Prospect Hill cemetery.”

Mrs Elizabeth Rupp Stoney, 239 West Jackson street, widow of Joseph B STONEY, died yesterday at 9:30 am at the home of her brother and sister-in-law, Mr and Mrs David RUPP, Red Lion RD1.  The deceased was 87 years old.  She was the daughter of the late John and Mary RUPP.  Mrs Rupp was a member of Christ Evangelical church for the past 4;  [sic-40?] years, and was affiliated with the Sunday school class taught by Mrs Anna KREIDLER.  She leaves two sisters, Mrs John GRESSER and Mrs Thomas ADAIR, both of Red Lion; a brother, David RUPP, Red Lion RD 1, and a number of nieces and nephews.” [no date] 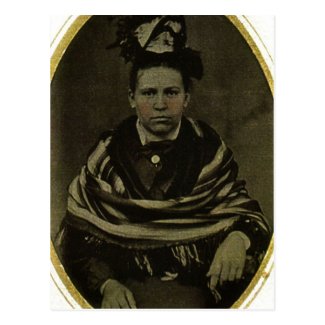 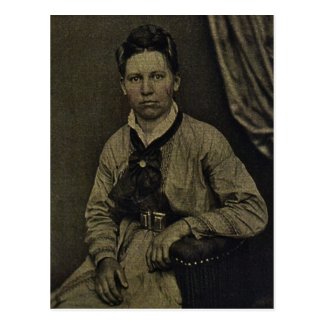 Young Woman of the World circa 1880 by AprylZA
Browse Victorian Postcards online at Zazzle.com 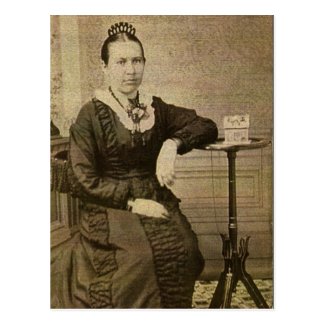 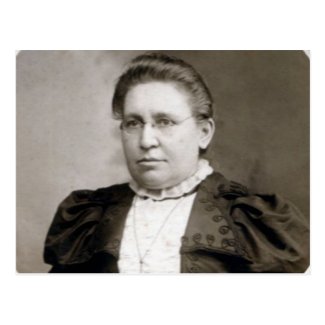 Lizzie was 80 years old when Joseph died, nor did she take holy orders, so either there's an untold story, or this is someone else entirely! 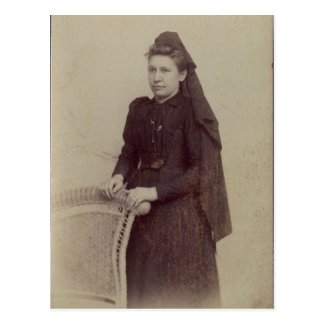 Please contact me if you have more information regarding this family, thanks!