Once Upon a Town 30: Benjamin Franklin ZARFOS

I think you'll like the progression of photos from high school graduation (I assume) to cigar rolling CEO, town councilman, and elderly gent.  Am I correct in thinking that the unidentified wrinkled woman that follows bears an unmistakable resemblance to B. F.?

Benjamin F ZARFOS Cigar Manufacturer Half Century And One of Organizers of Red Lion Water Company, Dies In 85th Year.

Red Lion, April 10.--Benjamin Franklin Zarfos, president of the Red Lion Water company, pioneer citizen, business leader and otherwise prominent resident of this place, died at 9:30 o'clock last evening at his home, 12 North Main street, at the age of 84 years.  Death resulted from a complication of diseases, following an illness of two months.

Mr Zarfos was one of the few remaining pioneer citizens of this place.  Born in Lower Windsor township, he attended school in that vicinity and for some time was a pupil at the old York County academy.  In 1880, he began the manufacture of cigars at his home and continued in that business when he moved to Red Lion in 1882, where he made his residence at the present location.  At first, he made cigars in the house until he erected a shop in the rear of his home along Railroad alley, which factory stands today.  He continued to manufacture cigars for a period of 50 years in Red Lion.  he was one of the organizers of the Red Lion Water company in 1893, serving as a director since that time and being president for 20 years up to the time of his death.  In 1884, Mr Zarfos was elected constable of Red Lion borough and was a member of the town council when the first electric street lighting system was considered and discussed.  In 1903, he was chosen chief burgess and a few years later served as borough assessor.

The deceased was also an active member of the local St Paul's Evangelical church and Sunday school, having served as assistant Sunday school superintendent for a number of years and being a church trustee for a long period of time.  He also belonged to the Women's Missionary society and the Ladies' Aid society of the church.  Fraternally, he was associated with the Red Lion IOOF lodge and was a senior charter member of the local OUAM.  Surviving is his widow, Mrs Melvina Jane RUPP Zarfos; three children, Mrs Cora LAHR, at home, and Charles F ZARFOS and Mrs George HOFFMAN, both of Red Lion; six grandchildren; eight great-grandchildren and one sister, Mrs Moses PAULES, York.

Funeral services will be conducted at 2 o'clock Monday afternoon with private rites only at the late residence.  Rev J Willard KRECKER, pastor of St Paul's Evangelical church, will officiate.  Interment will be made in the Red Lion cemetery.  Arrangements are in charge of Funeral Directors Earl B BURG & Son, this place."

Funeral services for Benjamin Franklin Zarfos, pioneer citizen and prominent resident of this place, who died Thursday evening at his home, 12 North Main street, were conducted at 2 o’clock this afternoon with private rites only at the home.  Rev J Willard Krecker, pastor of St Paul’s Evangelical church, officiated.  The pallbeareers, all grandsons of the deceased, were:  Jay, Gerald and Charles Zarfos, Henry and Dr Palmer Burg and James Favino.  Interment was made in the Red Lionn cememtery.”

Children: [more about the children in upcoming blogs] 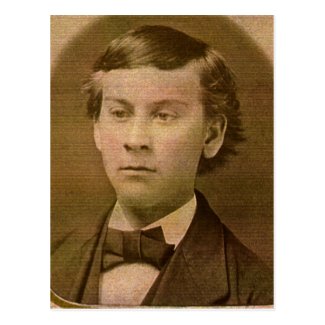 Benjamin Franklin ZARFOS (1858-1942) by AprylZA
Design your own custom picture postcards at zazzle.com 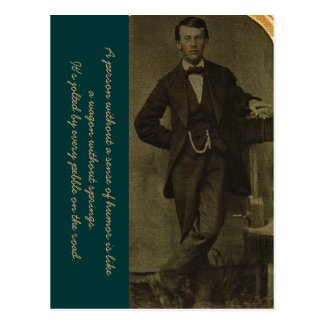 A Sense of Humor by AprylZA
Look at Vintage Postcards online at Zazzle.com 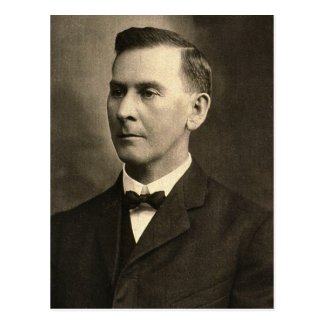 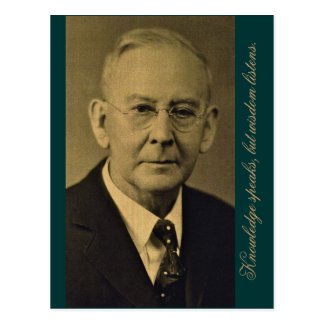 I include this photo of "Aunt Katherine" only because she bears such a striking resemblance to B. F.  Could this be his mother or grandmother? 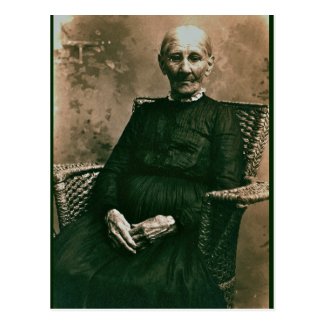 The best and most beautiful things in the world... by AprylZA
Shop for Age Postcards online at Zazzle.com