Continuing with the family...

CONSENT TO THE MARRIAGE OF A CHILD OR WARD.

On the [twentieth] day of [December] AD 188[8] personally appeared before [me a Justice of the Peace] the above named [George W JACOBS] and acknowledged the foregoing Certificate to be his act and deed.  [J B Herman J.P.]

MARRIAGE LICENSE.  No.2352 State of Pennsylvania, County of York.

To any Minister of the Gospel, Justice of the Peace or other officers or persons authorised by law to solemnize marriages...You are herby authorized to join together in the holy state of Matrimony, according to the rites and ceremonies of your church, society or religious denomination and the laws of the Commonwealth of Pennsylvania, [William H ZARFOSS] and [Charlotte E JACOB]

I, [a Minister of the Gospel], hereby certify, that on the [23] day of [December] one thousand eight hundred and eighty-[eight] at [No 16 N Duke at York City Pa] [William H ZARFOSS] and [Charlotte E JACOBS] were by me united in marriage, in accordance with license issued by the Clerk of the Orphans' Court of York County, Pennsylvania, numbered [2352]  When returned [Dec. 26th] 188[8]  [signed A Wanner]"

Here's a photo of Lottie with Lizzie (RUPP) & Stal STONEY: 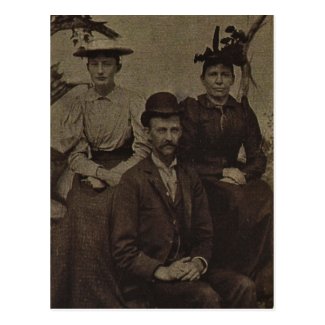 Lottie, Lizzie & Stal of Windsor, Pennsylvania by AprylZA
Get the best in online postcard printing at zazzle 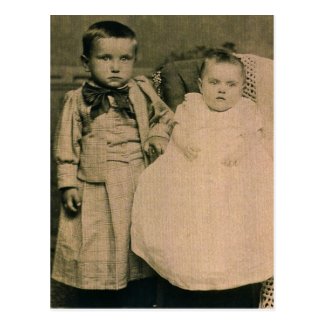 Swallows Several Ounces Of Creolin And Dies In York Hospital

Several ounces of creolin, a poisonous disinfectant, which she swallowed with suicidal intent late Saturday afternoon, proved fatal to Mrs Rosie May Hoke, widow of Clayton Hoke, at the York hospital yesterday morning.  Just what led her to take her life is not known.  She was 33 years old.

Mrs Hoke was found unconscious about 5:40 o’clock Saturday evening in her bedroom at the home of her parents, Mr and Mrs W H Zarfoss, 718 Manor street, with whom she lived with her three children.  She had been away in the afternoon and, returning shortly after 5 o’clock, went directly to her room.  When she did not answer the call to supper her parents went to her room and found her lying on the bed with the bottle of poison in her hand.

Mr Zarfoss hurriedly called in his neighbor, Ernest Heim, for assistance.  A call was sent for the city ambulance and Mrs Hoke was rushed to the hospital.  Mrs Hoke was given antidotes and a quantity of the poison was removed by the use of a stomach pump.  It is thought that the woman swallowed...

Contined on Fifth page...” [which I have yet to locate.]

Janet HOKE of Red Lion, Pennsylvania, circa 1915 by AprylZA
Make your own custom photo postcards on zazzle.

Charlotte 'Lottie' (JACOBS) ZARFOS, circa 1890 by AprylZA
Add your photo to postcard designs from Zazzle. 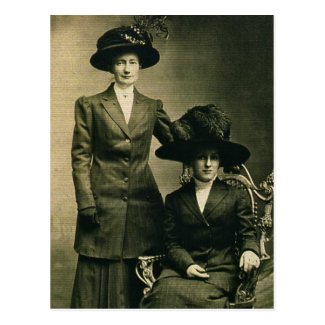 Charlotte E. 'Lottie' (JACOBS) ZARFOS circa 1910 by AprylZA
Make your own custom photo postcards on zazzle.