As I move into my great-grandparents' generation, it's taking a lot more time to sort through the people.  Photography was becoming accessible to the general public at the turn of the 20th century, and my ancestors were getting into the game.  There are some wonderful slice-of-life shots coming up...

Red Lion, Jan 1--Mrs Cora M Lahr, widow of William LAHR, died at 10:45 am yesterday at her residence, 724 West Broadway, after an illnes of five and one-half months.  She was 87 years of age.

A daughter of the late BF and Jane RUPP ZARFOSS, she was a member of St Paul’s EUB Church, its Ladies’ Aid and Missionary societies, and Class 3 of the Sunday school.

Surviving are a sister, Mrs Addie HOFFMAN; a brother, Charles F ZARFOS, both of Red Lion, and several nieces and nephews.

Funeral services will be held at 1:30 pm Sunday at the Burg Funeral Home, 134 West Broadway.  Her pastor, the Rev Dr Alfred J Thomas, will officiate.  Interment will be in Red Lion Cemetery.”

Personally appeared before me, a Justice of the Peace in and for said County of York, Pa., [William A LAHR] and [Cora M ZARFOS] who being duly qualified according to law, did depose and say that the statements above set forth are correct and true, to the best of their knowledge and belief.  [Affirmid] and subscribed before me this [19] day of [July] AD 189[9] [signed J B Herman] J.P.} [signed William A LAHR, Cora M ZARFOS]

MARRIAGE LICENSE.  No.11627 State of Pennsylvania, County of York.

To any Minister of the Gospel, Justice of the Peace or other officers or persons authorised by law to solemnize marriages...You are herby authorized to join together in the holy state of Matrimony, according to the rites and ceremonies of your church, society or religious denomination and the laws of the Commonwealth of Pennsylvania, [Wm A LAHR] and [Cora M ZARFOSS]

I, [H E Berkey], hereby certify, that on the [23] day of [July] one thousand eight hundred and ninety-[nine] at [Red Lion, Pa] [William A LAHR] and [Cora M ZARFOSS] were by me united in marriage, in accordance with license issued by the Clerk of the Orphans' Court of York County, Pennsylvania, numbered [11627]  When returned [July 27] 189[9]  [signed H E Berkey] Minister of the Gospel." 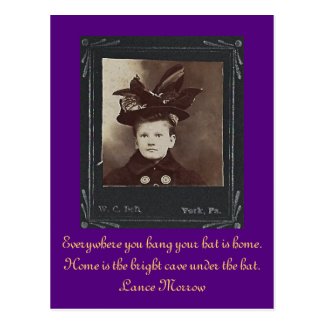 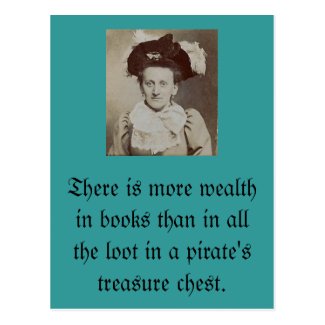 There is more wealth in books... by AprylZA
Try Zazzle's custom postcards printing. 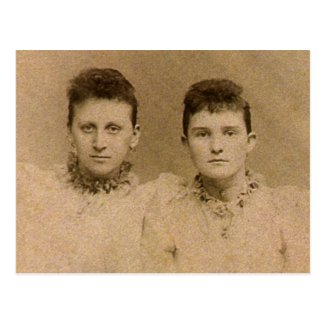 Girlfriends circa 1890 by AprylZA
Design Full color postcards at zazzle.com 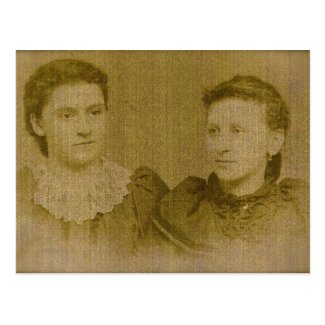 Some hats can only be worn if you're willing to... by AprylZA
Design Full color post cards at zazzle

Cora and her sister, Addie, appear together in many photos, especially after William's death in 1918.

This generation had more access to photography than their parents'—even having their own cameras—so we have more glimpses into their lives.  Outdoor lives, because artificial lighting was inadequate for indoor photography. 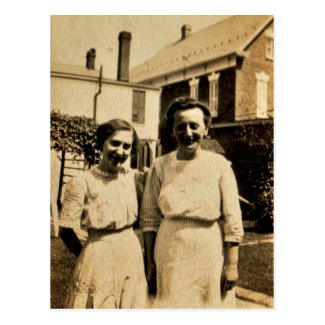 Sisters at Home, circa 1900 by AprylZA
Browse Classic Postcards online at Zazzle.com

Sisters by AprylZA
Make your own custom photo postcards on zazzle. 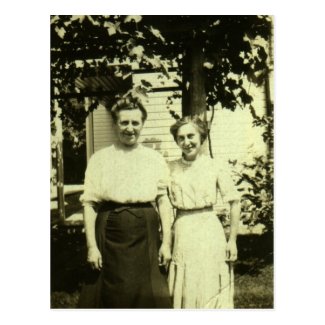 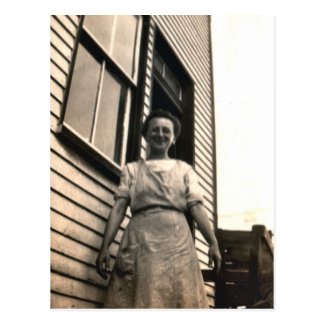