Once Upon a Town 42: Bertha Mae (SECHRIST) ZARFOS

The first woman in her high school graduating class; she earned her university degree two years later, and promptly taught for 3 years.  Her own children were relatively late in arriving—almost 4 years after marrying.  I wonder if she had to deal with much of the inevitable unsolicited local commentary for such deviant behavior?

The ZARFOS family acquired a camera along with their growing family.  I don't know if the primary photographer was Charlie or Bert, but there is clearly an artist's eye at work behind the lens.  (Many windows of their world coming up in later postings.)

For today, the life and times of:

Mrs Zarfos, the wife of Charles F Zarfos, was graduated in 1901 from Millersville State Teachers college and for four years taught first grade in the Red Lion school.

She was a life-long member of St Paul’s EUB church, was a member of the Sunday school class taught by Mrs George Frey, and belonged to the Women’s Missionary society of the church.  She also was affiliated with the Ladies’ auxiliary of Gethsemane commandery, Knights Templar, York.

Mrs Zarfos, who had been ill nine months, was the daughter of the late Stephen S and Susan (Stein) Sechrist.

Funeral services will be held at 2 pm, Tuesday at the Burg Funeral home.  Her pastor, Rev Paul A Werner, will officiate.  Burial will be in Red Lion cemetery.”

Interment was in the Red Lion cemetery.” 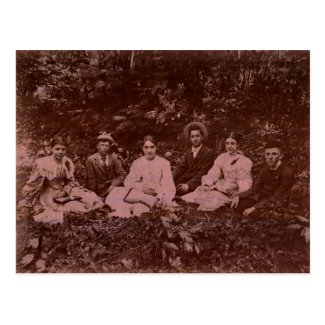 Bible Study in the Woods circa 1900 by AprylZA
Find other Nature Postcards at zazzle.com

"Commonwealth of Pennsylvania, Know All Men By These Presents, That Bertha M SECHRIST a graduate in the Prescribed Course of the State Normal Schools of Pennsylvania, having practiced the Profession of Teaching for two full annual terns, subsequent to graduation, and having exhibited the requisite proof of ability and good moral character, is hereby granted the State Normal School Diploma and is fully authorized to practice the Profession of Teaching, to the extent of the branches named on her Normal Teachers' Certificate, in any of the Public Schools of the Commonwealth and without further examination.

In Testimony Whereof, the proper authorities have hereunto set the Seal of the Normal School of the Second District, and their respective signatures at Millersville this 29th day of June AD 1904.

“This is the eighth-grade final exam from 1895 from Salina, KS. USA.  It was taken from the original document on file at the Smoky Valley Genealogical Society and Library in Salina, KS and reprinted by the Salina Journal.  [I include this as an example of the level of knowledge that Bertha would've been expected to teach.]

1. Give nine rules for the use of Capital Letters.

2. Name the Parts of Speech and define those that have no modifications.

6. What is Punctuation? Give rules for principal marks of Punctuation.

7 - 10.  Write a composition of about 150 words and show therein that you understand the practical use of the rules of grammar.

1. Name and define the Fundamental Rules of Arithmetic.

10. Write a Bank Check, a Promissory Note, and a Receipt.

1. Give the epochs into which U.S. History is divided.

2. Give an account of the discovery of America by Columbus.

3. Relate the causes and results of the Revolutionary War.

4. Show the territorial growth of the United States.

5. Tell what you can of the history of Kansas.

6. Describe three of the most prominent battles of theRebellion.

7. Who were the following: Morse, Whitney, Fulton, Bell, Lincoln, Penn, and Howe?

1. What is meant by the following: Alphabet, phonetic, orthography, etymology, syllabication?

2. What are elementary sounds? How classified?

3. What are the following, and give examples of each: Trigraph, subvocals, diphthong, cognate letters, linguals?

4. Give four substitutes for caret 'u'.

5. Give two rules for spelling words with final 'e'. Name two exceptions under each rule.

6. Give two uses of silent letters in spelling.  Illustrate each.

7. Define the following prefixes and use in connection with a word: Bi, dis, mis, pre, semi, post, non, inter, mono,super.

9. Use the following correctly in sentences:

10. Write 10 words frequently mispronounced and indicate pronunciation by use of diacritical marks and by syllabication.

1. What is climate? Upon what does climate depend?

2. How do you account for the extremes of climate in Kansas?

4. Describe the mountains of North America.

6. Name and locate the principal trade centers of the U.S.

7. Name all the republics of Europe and give capital of each.

8. Why is the Atlantic Coast colder than the Pacific in the same latitude?

9. Describe the process by which the water of the ocean returns to the sources of rivers.

10. Describe the movements of the earth.

Give inclination of the earth.” 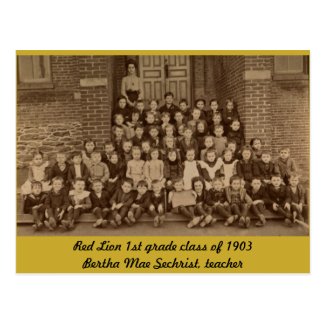